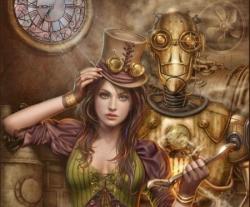 There is a SixtyGig steam group unless I'm part of an imposter one...  But it links to our website, and there are familiar faces, so I think its legit.  http://steamcommunit...groups/sixtygig

In Topic: The End of an Era.

I am sorry to see this, but completely understand, sometimes life changes in ways we don't expect.  Thank you so much for everything Ray, this server has been a wonderful Minecraft home for all of us, I have felt so welcomed from the beginning, even if I haven't been able to join in much lately!  Good luck with your future endeavors!!

Its too cloudy to be June

In Topic: All things SixtyGig! Questions I have...

As for replanting crops - why not? Give the next player to come across the village the chance to harvest something. Its not a "rule" but it can be the nice thing to do. You never know when a single carrot saves someone from starving.

That's what I thought. And what I'd do. However on the LiveMap, it appears almost all NPC farms were raided and not replanted (approximately 10 out of 12). I was actually thinking that as long as you weren't trying to be greedy with the wheat/carrots/potatoes, it would be appropriate to replant since for you it is a free benefit you come upon.

When it comes to the wilds, those of us who raid villages/temples/strongholds leave some marker or clue that can be seen on DynMap that whichever feature it is has already been explored and goods taken, that way other treasure hunters/Explorers don't end up making a journey for no reason.  This is most likely the reason that you see empty villager farms across the Wilds map, since that is a quick way to indicate that someone has already been there.  But if you were to raid a villager farm, there is no rule in place preventing you from the kindly gesture of replanting the goods as it could very well help someone in need!  There are other ways of indicating a raided village, though not as easy as removing the wool from a desert temple..

A DynMap sign could be placed as well, but if the sign is not removed before the Wilds is reset, the sign will remain on the Live Map until that chunk is loaded again, so most of us tend to avoid using the signs anywhere except our temp wilds locations.  It is much easier to remember to take a sign down from a building your moving out of, then a building you placed a sign on 5,000 blocks away.

If you are referring to the main map though.. Blue is right, players technically should be replanting those if the village isn't a part of their build claim, and I couldn't give any insight as to why they might not be..