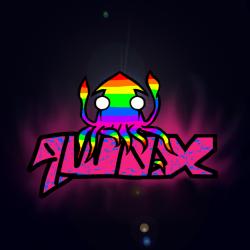 I am writing this message on my phone because I recently sold my desktop computer. I'm going to university soon and it's clear that I need a laptop, which is why I sold my desktop. Now it's time to decide on what laptop to buy and I'm not sure what to get! I've been doing some research myself, but I was hoping for some suggestions!

Here are the details that I'm thinking about:
- must have a numpad
- 1080p screen
- 15.6" screen (or smaller, but there aren't many smaller laptops with numpads)
- not touchscreen
- 8 GB RAM
- i5 or i7 processor (perhaps AMD equivalent)
- must have a dedicated graphics card, I'm thinking gtx840m or better
- doesn't need a disk drive
- a ssd would be nice but not required
Price: anything over $1400 is out of the question, but I'm hoping for something closer to $1000 or $1100.

What do you think? Any recommendations?

I look forward to hear what you think!

I've been recording myself playing on the SixtyGig server. A lot. Every moment of my time on the server has been recorded, in fact. (15 hours, 32GB for those who are wondering)

I've taken this footage and started editing it, and I was hoping you could tell me what you think:

I'd like feedback on the editing style, the speed and length of the video, the music, and anything else you'd like to tell me!

( Aside from my abysmal typing speed

Also, is it OK if I make this public on youtube? It's not like it would end up being seen very much, but I'd like to be sure before releasing it.

Wondering about the applicant acceptance process

I was wondering about how applicants are considered. Is a list of all applicants compiled on review day, then the applicants are vetoed, then Ray decides who gets in out of the remaining applicants? or does the entire group of veterans make the decision, and then Ray checks it over? is this all done on review day, or in the week that follows? What's the process? I'm curious.

Station Redstone for the SixtyGig Server

I was looking through the 'Station Redstone' thread that describes how the rail stations on the SixtyGig Server work, and holds discussion about designs, and implementations.

Sadly, I am not quite able to post to that part of the forums, so I thought I'd put up a post here.

I decided to try my hand at designing a station, and here's what I've come up with: Also note - This is a test world of mine. There are a few other tests of mine on the ground near the station prototype. Just in case you were wondering

The Building Game is a hilarious 7 - player game that I'd love to play with some of the awesome SixtyGig dudes. It takes about 35 - 45 minutes to play. (Imagine Pictionary + Broken Telephone + Minecraft)

Has anyone heard of this game? Played it before? Any interesting stories from past Building Games?

What are your thoughts?