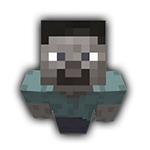 vedisdragon hasn't added any friends yet.

Describe yourself in 3 words

What 3 words would you use to describe yourself/why?

Free Minecraft Art for you! [10 slots]

Eyo, so I'm doing a little project so I can get to know people on this server better.

The catch? To get a picture, you need to tell me some things about yourself!

Continue reading for rules and "prices": Remember, being more specific and providing me with references/pictures of the characters you want me to draw is also helpful. Communicate!

Eyo so I'm rather new to forums in general and I haven't found an FAQ on this subject so I thought I would just ask a few questions regarding proper forum etiquette, besides the basic "be respectful" and such.

When replying to multiple people in a post, should you reply to all of them in one post or multiple posts?

How off topic is a Topic in a forum allowed to get? Does this depend on the original purpose of the post? Like an "Introduce Yourself" post can get more off topic than "New Community Project"?

General tips on etiquette would be helpful too.

Sometimes there's behavior that's not against the rules but some people may find irritating, so I'd like to avoid that

What are your favorite resource packs, and why?

Mine would be Dandelion for its bright colors and general cutes, and Pixel Daydreams for the cute and somewhat retro feel Age: Turning 15 this Sunday, March 15th~!
Previous Minecraft Experience: I've been playing minecraft for over two years now on several different survival servers, although I'm not too familiar with 1.8 yet. I like servers with plugins, especially a resetting world for gathering resources, and I use a minimap mod since I have no sense of direction.

I'm honestly terrible at redstone but I can make simple devices with the help of tutorials.

I'm no Keralis but I'm decent at building, especially with tutorial videos, and I really like managing the little interior decorating details! Background: I'm from Michigan, USA, and I'm a sophomore in high school currently regretting their choice to take all honors classes. I skipped a grade and my best friend is in college, so I'm a little used to hanging out with people older than me ;P. I draw and cook as a hobbies, and it's easy to tell when I'm excited (which tends to be quite often) through my use of exclamations. I'm in several fandoms, including Roosterteeth, the Hobbit, Percy Jackson, Gravity Falls, and Steven Universe. I play on minigame servers when I'm not on survival, and I also play Skyrim and Starbound. I have an unfortunate appreciation for puns and a tendency to procrastinate studying by gaming. Why I want to join: I actually find singleplayer minecraft a bit boring and the last server I was on was nice but lacked a large community-half the time no one was on the server. I was on a server with a really nice tight-knit community before that, but it unexpectedly went down.

I want to play on a server that lasts for more than a few months, and I'm tired of some of the less mature players on other servers, e.i. that one guy who dies often and spams in caps lock, or someone that constantly insults others with "that's so gay." I want to join a server that already has an established, tight-knit, community, and this seems perfect!