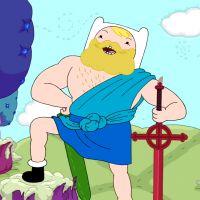 I've got a fairly ambitious project in mind, and I need quite a bit of dirt.  I know dirt tends to be one of those things that people leave behind or toss, but I'd gladly take it.

So at your convenience,  if you do have spare dirt that you don't want, if you could just leave it in a chest, maybe mark it with a sign so I can find it, and you can just message me the coords, and I'll find time to go and pick it up.  Or I suppose if you leave it in the wilds, you can also just mark it on the live map, maybe as "dirt for drk" .

I do plan on going out and getting as much as I can for myself, but any help would be appreciated.

Oh and hopefully I've put this post in the right area.

Just curious, since I read somewhere that you started a new map in 1.7, how often do you like to do resets?
Also I was looking at the live map and it looks so spacious for the most part. A nice variety of land. What would prompt a reset?

I'm gradually trying to get to know all of you. I'd like to hear about some of your experiences in survival minecraft. Favourite adventures, maybe your first time hearing zombies and spiders outside the little dirt hut you made. Favourite builds. Getting lost. I think it will help me understand how you see the game, since really, minecraft is different for everyone in some ways.

I've been playing MC since alpha.  I remember when I was waiting for minecraft to be multiplayer.

Then when it was, I found a server asap.  At that time, not many people knew about the game, or what it would become.  And so the server I found had people around my age. I am 31 now.  It was probably one of the most surreal experiences in gaming i've ever had.  Joining a world that I would help build up.  For a while it was great. But eventually people played less and less, since they had busy lives. And as minecraft got more popular, the average player age started to go down.  The server would get reset, which I didn't totally mind, It's kind of the way it goes with minecraft.  But with each reset came more kids. I played as an admin on and off since I was very trustworthy, but to be honest, it took the fun out of the game for me, so I stepped down.

I love single player minecraft so i had no problem leaving my original server, and playing in my own little world while i found another.

But to this day, I have not found one that interests me. I tried a few, and they were good for a while, but you know how it goes....the staff gets lazy and the server falls apart.  I have high hopes for SixtyGig.  If you would have me.

So as I mentioned, I really enjoy my single player world.  I like using as many aspects of the game as possible, and am constantly looking for ways to be more efficient and organized. (another reason I don't like playing with kids)

I am also fascinated by command block functions.  I am currently working on an adventure game (zelda style) where I use the many different functions of command blocks to tell a story and have a fun minecraft experience.

I don't have alot of time to play though unfortunately. As much as I would love to have days where I play for hours on end....I have a 9 year old boy, and a wife.  For any of you who have either, you understand where alot of my time goes.

I have big Ideas.  From what i've read in the "about" section, It looks like you welcome ideas from the community.  So if something does spark an idea, I won't be afraid to voice it on the forums.

Not sure what else you'd like to know, i'm probably forgetting something.

Look forward to hearing from someone soon