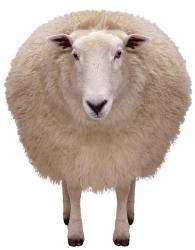 Bkalinin hasn't added any friends yet.

Might as well throw this in too, because hey, the more the merrier. Since I believe that music can say quite a bit about a person, I'll post up some of my favorite songs.

Obviously this isn't all I listen to, but this is about as broad as I can get without giving you half my playlist. Plus, my actual favorite songs, Ive realized, sound so painfully generic to most who are familiar with the genre.

True, the sheep uprising could happen at any point in time, but do you seriously think we haven't prepared for it? We are properly equipped to suppress them with cruel weapons that attack the thing that these sheep hold dearest to themselves. http://img.alibaba.c...5272764_158.jpg

Ok lets do this. Round two of question time!

Mechanical engineering - I barely know anything about the field/degree in general, except for that it deals with a lot of things that I like and has a solid chance of landing you a job in something to do with machines. Although I might end up scrapping this idea, we'll see what the future will hold.

Favorite Book - I'd actually say its an encyclopedia that I loved when I was 6 called The New Book of Knowledge. It was the first "book" to ever get me interested in education in general. As far as novels, I'd probably say Catcher in the Rye or To Kill a Mockingbird. This might change, since Im not done with High School and I might come across some other book I might like (like I might end up liking Animal Farm).

Hobbies - Apart from games and anime, I'd say piano. I dont compose, only play, but its still very fun to do. The best part about it is being able to play some songs from anime on piano, since Japanese shows tend to have some amazing music.

Colour - Green (Hunter or Pine green if you want to be super specific). I just sort of always liked green, and it doesn't help that I'm 6'4 and all my friends call me Green Giant.

Build - Inverted skyscraper. And by that I mean a dirt shack with two decent sized "rooms" underground with walls of dirt and gravel. Obviously, nobody expects much from a first build. From these I sort of build terrible houses for about two years, and now Im a half decent builder. This is probably one of the best things Ive built so far, (https://i.imgur.com/MOcdXvP.png) but I'm also decently good with practical redstone designs. But, of course, I'm no master builder.

Thanks for the warm welcome!

-Tea shall reign supreme.
-I haven't, I'm really behind as far as books go (working on it though!) and I watch virtually no TV (apart from the occasional anime).
-I've actually never been to Russia, (prolly should've clarified), I've been in America all my life
-Who said anything about sane men?

I'm actually have no idea why I like sheep.
-I'm a big fan of building and redstone in general, although I'm not amazing at it. I usually just build little structures for myself or gather resources to help in community projects.

Looking forward to seeing you all!

Also (since Im not quite sure where to ask this question, might as well post it here), does the server have logs? I hear that the server is honest-policy based and thats its worked out perfectly fine (which, BTW, is an amazing accomplishment. This kind of policy on other servers is flat out unheard of), but just in case your house gets blown up by a player gone mad, is there any way to have solid evidence against that person?